Who do you hang around most? Does “Peer Pressure” sometimes sway your decision?

A man I know was nicely-versed in Scripture … and used it when it benefited him. But in a moment’s notice he could easily turn to cursing, gossiping, threatening, boasting … and later apologize for his fleshly battle.

If this were an occasional occurrence, grace wins (along with loving and reproving truth). But as this proved to be consistent habit, and that he would bare his “fangs” more than “fruit” – it was best to just walk away.

Walk in the Spirit and not in the flesh. In ourselves as well as others, we should be able to recognize behavior as either by the works of the flesh or by the Fruits of the Spirit (Gal 5:16-26).

When it comes to who we choose to hang around or talk with most often, choose those who show Fruits consistently.

As for those who show their fangs too often? Sometimes, walking away isn’t only best for you – but for them, too. Fangs desire an audience.

Just walk away. Point up. Audience of One.

Get Updates via Email

Get any updates sent to your email 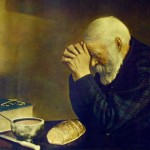 "Until you know that life is WAR, you don't really know what … END_OF_DOCUMENT_TOKEN_TO_BE_REPLACED 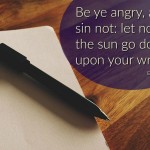 RINSE: Anger is a real emotion. Yet, we should not let it … END_OF_DOCUMENT_TOKEN_TO_BE_REPLACED 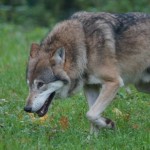 I felt his presence again just the other night. It had been … END_OF_DOCUMENT_TOKEN_TO_BE_REPLACED 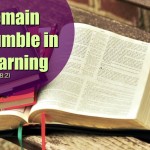 Lord, please keep me humble while learning thy … END_OF_DOCUMENT_TOKEN_TO_BE_REPLACED

No images found!
Try some other hashtag or username!